Could a surge suppressor prevent catastrophic damage to your home?

Without a surge suppressor, Power surges cause hundreds of millions of dollars in property damage annually. But, advances in technology now mean you can easily protect what gets plugged in around your home.

Power Surges happen when voltage substantially exceeds the standard 120 volt flow, damaging anything plugged into outlets in your home.

About eighty percent of power surges start inside the home, according to the NEMA Surge Protection Institute. Major appliances and systems draw significant electricity cycling on and off causing spikes. Power surges are also caused by faulty wiring, downed power lines and utility problems.

How a surge suppressor works

Clamping Voltage: The level at which it passes electricity to the ground is known as the Clamping Voltage. UL approved devices are rated 330, 400 and 500 volts. The lower the voltage, the better.

Energy absorption and dissipation: This is a measure of a surge suppressor unit’s capacity to absorb excesses. A “joule” of 600 or higher, provides satisfactory protection.

A layered strategy is best

Use a whole home surge suppressor installed by a licensed electrician in your main electrical panel. Then, protect what you plug in at each location with a well-rated surge suppressor. Entertainment systems are best protected by power conditioners with surge suppression.

Remember, though, there is no practical protection against direct lightning strikes; while infrequent they can easily overwhelm even the best surge suppression. Even so, make sure you’re properly protected. Get a home electrical checkup from a licensed electrician. Tom recommends Right Touch Electrical. 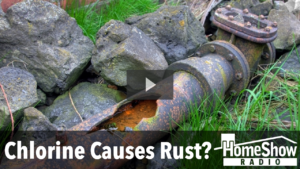 Why does storing chlorine for my pool make my pipes oxidize and rust? 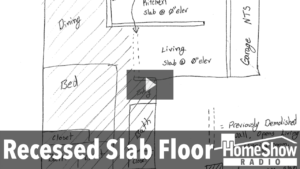 What’s can I do about reflooring over a recessed slab? 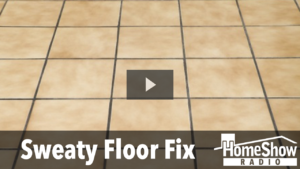 What can we do to stop our school gym floor from sweating?